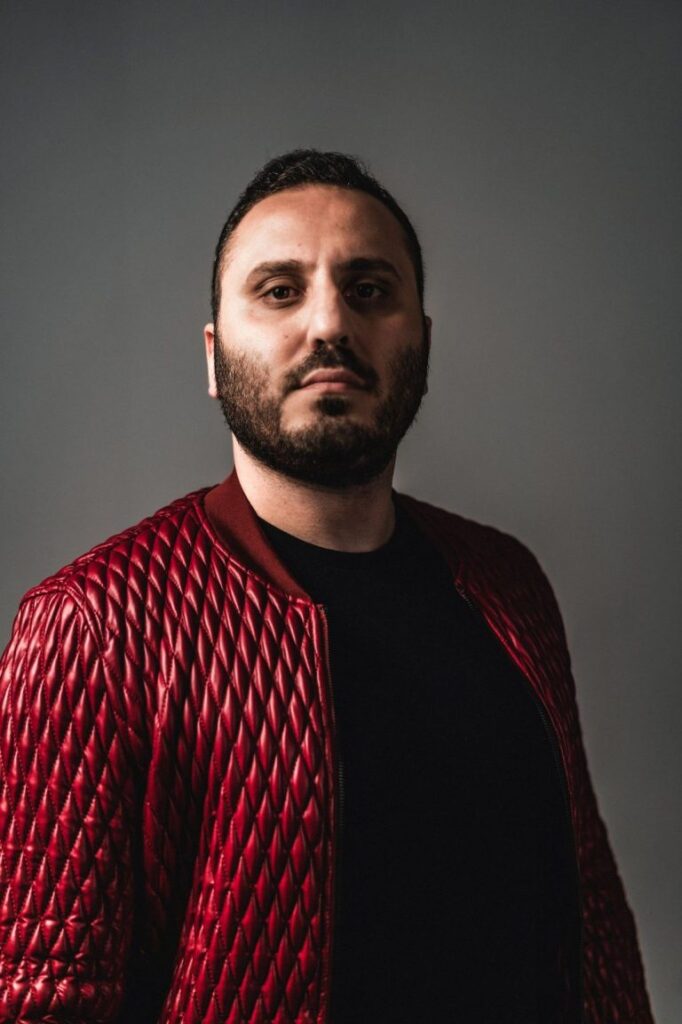 Kice is one of the hottest DJs and producers based out of Chicago. He has performed at some of the most popular festivals – Burning Man, Northern Nights Music Festival, and more – and nightclubs around the globe. More notably, he has distinguished himself by teaming up with top-tier instrumentalists in his famous DJ ft. live music hybrid sets. As Treble Squad, he gained acclaim as a touring act integrating his original music and Treblemonsters artists Violin Girl (Violin) & MGabriel (Saxophone). We had to chance to chat with him about his new single, “Pusher,” his upcoming touring plans, and more!

Do you have any memories from your upbringing that have shaped you as an artist?

I was born in Chicago but moved to Jordan with my family at the age of 4, lived there for about 12 years, and returned to the U.S. for my junior year in high school. Bouncing between both cultures really helped me expand on genres organically. You will see this in many of my upcoming productions where I blend genres and sounds in the house realm.

How’d you get into the Chicago scene as a professional?

In 2007 I took up DJing seriously and set up a rig in my grandmother’s basement to practice. Fast forward a couple years, and my cousin who was really connected in the nightlife scene knew a promoter that had a DJ not show up at one of the major clubs in Chicago. They asked me to come in and cover about 30 minutes before going live. I am sure I was a last resort but that first opening set lead to many more (months apart).

How has the scene in Chicago shaped you as an artist and DJ?

I was the resident DJ at Soundbar for 8 years. Anyone that knows this venue knows that the people who go there are super crucial and have a lot of knowledge of music. They really helped me take my sonic DJing and curation to the next level where now, I am confident performing at any size venue. I grew up on Hip-hop so I started with that but when I got into the club scene more seriously, I slowly but surely transitioned into playing full house sets. House is very welcomed in Chicago and with the music programs we manage at some of the clubs in Chicago, we are going to keep pushing for more House night across all tier of venues.

Tell us about Treblemonsters, your artist management and music consulting agency. How did it come about?

It started at one of my resident venues in Chicago in 2015, where the manager at the time could not cover his own slots. As his favorite, he asked if I could help him book a couple of DJs here and there, last minute. From there, we started booking DJs on the regular. The program expanded into other venues and other services as the DJ + Instrumental Artists, Singers, Bands, Playlist curation, and our own studio Treble Recordings. We now manage music programs across top tier venues in the USA and Mexico. In parallel, we manage the careers of a select few B-tier touring acts. Really proud and happy of the empire and network we have built.

The short story is that once the venues got shut down, everyone received aid from the government within those venues except the contractors aka artists in this case. My team and I, full time, collaborated with many others and made noise from the state to the federal level, that they missed a large part of the population without aid. At the same time, we created a central website where we had sponsors for free meals and other services to help those in need.

You’ve teamed up with other artists Violin Girl and MGabriel to perform as Treble Squad. How is this experience different from performing on your own?

The energy and curation when playing with these two – who also happen to be my best friends – is immaculate. I feel a void when I do not play with them and almost every show I do now is either with one or both of them. The curation and the build of the night that we program drives a way better result from the ROI at the venue to our crowd’s energy.

How did your latest single ‘Pusher’ come about? Are there any inspirations behind it?

Started working on this early 2020 right around when Chicago peer, John Summit, witnessed his fastest climb in the Tech House scene. His work along with SIDEPIECE, Fisher, Dom Dolla – all inspired me to finish this style of work. I always envisioned this track to be an afters banger, something a little dirty for the late heads. Giving them that extra PUSH late night to keep going, to keep letting go until their bodies gave up. We all could use a good rager after the most recent madness.

Do you have anything else in store for the rest of 2021?

I have a big room track I am working on under Treble Squad that will most likely be done around the time to debut at our Spring Awakening set on October 2nd. We have many out of town shows planned in the USA and Mexico until the end of the year. Hoping by spring 2022 we are on the road full time.

What has been your favorite festival to perform at?

What, if anything, has the pandemic taught you about yourself as an artist?

Might be weird to say this about myself but I really care about my people. When it was all done, I realized that I focused so much on helping others and am proud of it. But missed the boat on focusing on myself (especially music production). I do not regret it by any means but it showed me, for the first time, a clear vision of my true character.